Jim Bannon, Chair
Jim is a local attorney in private practice. He graduated from Pennsylvania State University in 2002 and from the University of Miami School Of Law (J.D.) in 2006. Jim has been practicing law in South Carolina since 2008 and has tried over twenty jury trials to verdict. After years of service as a lawyer in the prosecutor’s office, he shifted his focus to the private practice of law in the Bluffton, Beaufort, Ridgeland, Hardeeville, and Hilton Head Island areas as a criminal defense attorney. He also practices as a criminal defense lawyer in the Federal District Court of South Carolina.

Jim lives in Bluffton with his wife, Meredith, and their daughter, Emma Grace.

Elaine Cope, Vice Chair
Professor Cope is employed at Technical College of the Lowcountry enhancing the school’s tutoring program and teaching reading on an adjunct basis. Previously she was department chairperson developing programs in Entrepreneurship, Financial Management and Travel and Tourism. As an advocate for women, she created and taught “Women In Management.” A participant in the governance of the college she actively served on numerous committees and was selected by her peers to receive the Unsung Hero Award. Nationally she served as chairperson of an evaluation team for the Association of Collegiate Business Schools and Programs, resulting in ACBSP receiving national accreditation to certify business schools and college.

Elaine and her husband reside in Sun City where reading is her passion.

Karen Edwards, Secretary
Karen has taught computer classes for The Literacy Center and Life Long Learning. She graduated from Ohio Wesleyan University with a degree in English. She worked at IBM, in systems programming computers, technical support and as an instructor in new hardware and new manager classes. She served 8 years on the Bargain Box board as chair of the grants committee. Karen is involved with the International Piano Competition serving 2 years as coordinator of host families, and hosting a competitor every year.

Karen and her husband Buck moved to HHI in 1997, where they have both been active in charitable activities.

Don Brashears
Don is the owner of Atlantic Real Estate and Liberty Tax Preparation Service, an active member of the Rotary Club of Hilton Head Island, and an education advocate. He has served as a member of the Together for Beaufort Adult Literacy Alliance and volunteered his south Island business location for an ESOL class. He assisted in students’ recruitment and personally encouraged their participation by providing small incentives. He also served as a table host at one of TLC’s Community Breakfasts. Because of his support of adult literacy, TLC presented him with the 2008 Business Partner Award. Don graduated with a B.S. in Commerce and an M.B.A. in International Economics from Rider University.

Don and his wife Terry, who is a teacher in the Beaufort County School District, are TLC Partners in Literacy and residents of Hilton Head Island.

Dr. William H. Harris
Dr. William H. Harris, president emeritus of Alabama State University, has had a long and distinguished career in higher education. Harris also led Texas Southern University, Paine College as the youngest college president ever appointed, and briefly left retirement to serve as ASU interim president. He holds an MA and PhD, Indiana University. Dr. Harris holds numerous awards and distinctions including recipient of the Trustees Special Service Award from Paine College and recognition by Indiana University with the Distinguished Alumni Service Award, the highest honor an alumnus can receive from the university. Dr. Harris was also designated as one of the Fifty Most Influential Black Georgians.

Dr. Harris is married to Wanda Fillmore Harris and the couple has two children, and two grandchildren.

Betty Irby
Betty recently retired from the U.S. Department of Defense where she served as Senior Staff Analyst and Manager for the Program for Historically Black Colleges and Universities/Minority Institutions. She also held several senior staff positions for the U.S. Army Research Laboratory. Upon moving to Hilton Head she served in a variety of positions with Boys & Girls Club of Hilton Head, Beaufort county Board of Education, healthy Communities Initiative of Southern Beaufort county and Lowcountry Community Development Corporation. She has served as a volunteer tutor for the Literacy Council of Montgomery County. Betty has a BA degree, Social Psychology, Howard University and attended the University of Maryland Graduate School of Journalism.

Betty is married to Robert Irby and has two children.

Luisa Rains
Luisa C. Rains is a Cuban born U.S. citizen. Ms. Rains joined the Inter American Development Bank in Washington D.C. in 1977 as an Economist and held several positions including chief of the first fiscal division and the first modernization of the state and civil society division in the bank. She spent the last years being Deputy Manager of The Regional Operations Department which included Argentina, Bolivia, Brazil, Chile, Paraguay and Uruguay. She retired in 2009. Ph.D, Business Administration, George Washington University, MA, Business Administration, BA, Economics, Florida Atlantic university. She volunteers at VIM as a translator and promotes adult education for TLC, is a member of the International Women’s Club, and the World Affairs Council.

She has been married to Alan T. Rains for 38 years and has two children. 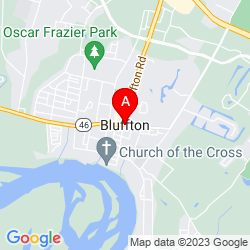 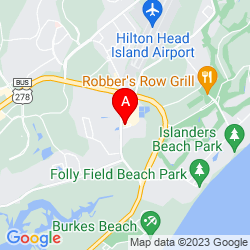